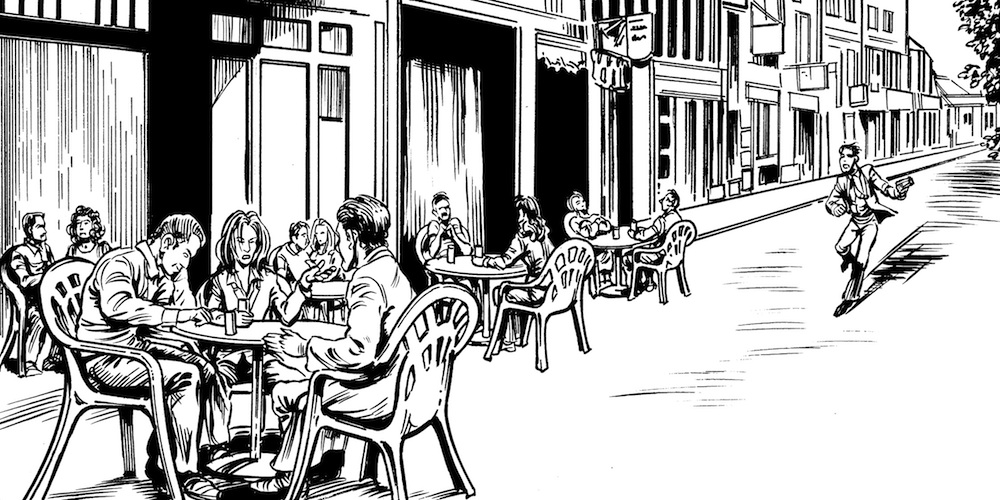 An apocalypse that never arrived. An ancient secret society in turmoil.Your loyalties are divided. Your beliefs are in doubt.Do you stand with a shattered sect, or let it fall into chaos?

Covenant: A story game of failing conspiracies Available now in print at the Realms Publishing Lulu Store or as a PDF at RPGNow.

A society on the edge – the setting

For five thousand years, the secret society known as Covenant prepared for the apocalypse. Insinuating itself into every government, bureaucracy and religion. Preparing for a day it knew would come. Armageddon.On January 1st 2000, they awaited the sign that would herald the end of the world. It didn’t arrive. Soon the society that had manipulated governments, built ideologies and overthrown religions was in turmoil. It split into a whirlwind of warring factions and conflicting opinions. Why had prophecies failed, where before they had succeeded? Who was to blame? What does the future really hold?

Covenant is a setting framework. The broad strokes of the background are provided, but the specific details are defined by the group through the process of preparing for play. You build in the details that will get the most from your characters!

Covenant is about creating stories where characters decide what they really believe. All characters have three truisms, beliefs they held, that are now in question. Play is about finding out just where your character stands on the issues presented by these beliefs. If your character once thought that “The ends justify the means”, does that still hold true as the society they built their life around pulls itself apart?

Covenant uses an integrated narrative resolution system. This is a fancy way of saying conflicts between characters are resolved by players taking turns describing how positive and negative traits impact the outcome of situations. It also has a neat little mechanic for bringing in recurring motifs and highlighting agreed genre conventions.Want to know more? Check out the downloads or read an example of play!